After going on a grand tour of Phu Quoc Island on the day of my birthday, I decided to spend my final day in Vietnam going to Hon Thom Sun World amusement park.  To reach this amusement park, you must go to the south end of the island by taxi and ride the world’s longest cable car to another island.  You will pass over a cluster of fishing markets on your way there so it really is worth it for the view.  I remember the ocean looked so beautiful from above.  I’m really grateful I got the chance to swim in it when I landed!

As soon as I entered the park I noticed I was starving, so I ordered some vegan spring rolls, a seafood noodle dish, and a strawberry smoothie.  I was surprised at how big the serving sizes were!  There are restaurants all over the place so you’ll never go hungry: 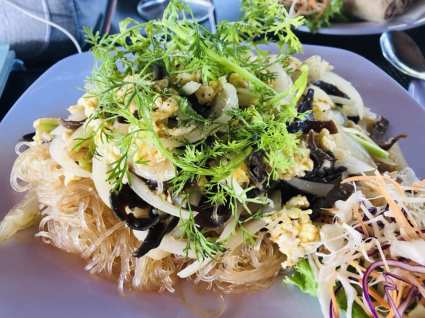 Next I decided it was time to explore the park.  I’ll admit that my main reason for coming here was to ride the cable car.  I didn’t put much research into what attractions there were, but I figured I’d go and have fun no matter what.  I looked at a local guidepost for direction, except there was only one destination on it:

I thought this was some kind of joke until I looked on Inspirock and realized others had run into this same situation:

So okay, Trao Beach it was!  At least I could ride a air-conditioned van there from the park for free.  Since it was October, there wasn’t many people there so I could relax and enjoy it all I wanted.  It was essentially a private beach.  This was one of the scenarios where it was not about the destination, but they journey.  I had a lot of nice time thinking to myself and listening to all my favorite music.  The tiki statues and chairs made out of tires that I saw here also added to the ambiance: 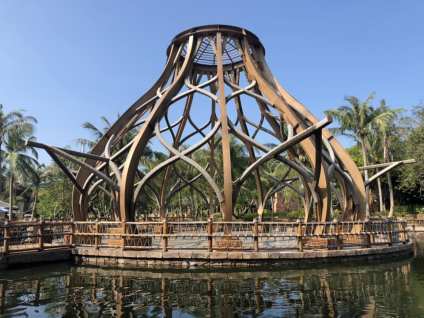 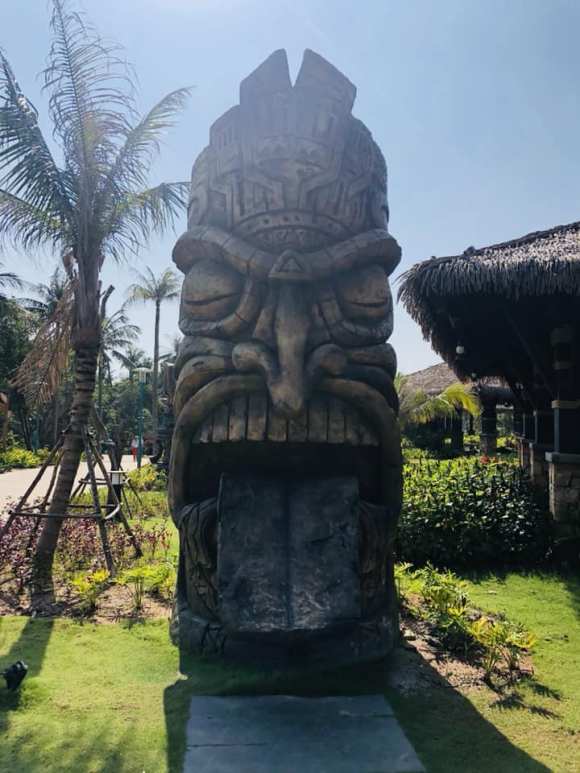 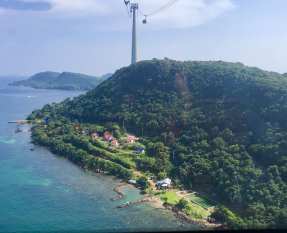 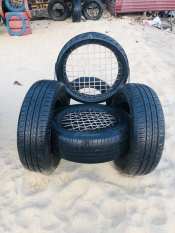 Even though there wasn’t a lot to see at Sun World, being on a remote tropical island was more fun than being stuck in the city.  What’s interesting is that some pictures of the park online show a water park, but it only seems to be open during certain seasons.  There was no mention of it when I went in 2018 so I wonder if it’s under renovation.  I saw all sorts of construction going on in the main pavilion near the restaurant I was eating at.  I would guess that there is some plan to expand this park because it is in a beautiful area that has a lot of nature.  It really could become something amazing!

Is it worth it?

The cost for the cable car ticket is around $15 USD (roundtrip) and entrance to the park is around $25 USD.  This actually isn’t that bad for a day on an island in Vietnam, but you could definitely go cheaper.  If you have an extra day to kill this excursion is great because of the unique cable car view—especially if you have a camera.  However, there may be only one destination available when you reach the island… you won’t know until you get there!

Upon further research, I noticed there is another amusement park called Sun World Ba Na Hills in Vietnam with the same logo (so they must be owned by the same company).  Search engines are likely confusing them in English.  Perhaps Phu Quoc’s Sun World (the one I visited) is going to be designed as a miniature version of the larger one.  Who knows?  I hope to return to Vietnam and visit the other, larger, park when it’s safe so I can expand this article!