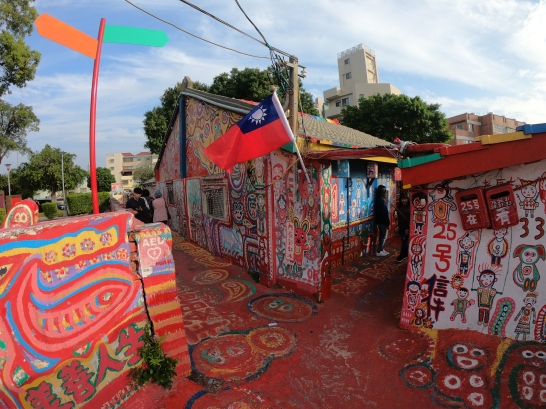 Wanting experience life outside of Taipei, I researched other cities in Taiwan that would fit my adventurous spirit.  Taichung, Taiwan’s 2nd most populous city, caught my interest right away because of its Rainbow Village and picturesque Sun and Moon Lake which are both accessible by bus from the central station.

The bright and beautiful colors of this village immediately caught my eye–plus I was curious to know the origin of how it became so psychedelic–so I wanted this place to be my first destination in Taichung.  I took the MRT from Taipei to reach Taichung Station within 2 hours, then I took a local bus to reach Rainbow Village within 15 minutes.  I was greeted by these crazy-colored murals painted on a neighborhood of cozy houses.  The village was a bit smaller than what I had expected, but there were literally so many things to see here!

This village was designated as a home for refugees that fled to Taiwan during the Chinese Civil War, but was sadly planned to be demolished after the war ended.  Not wanting to see his home destroyed, Huang Yong-Fu (who was drafted for the war but still resided in the village), started painting the entire village in rainbow colors in hopes that it would be preserved.  Though not many other refugees were living there at the time, his artwork was noticed by nearby university students and they formed a petition to keep the 11 houses intact.  Fortunately it was successful, and the village has become a popular tourist attraction for everyone to enjoy and learn about the history of the war.  Yong-Fu is nicknamed the “Rainbow Grandpa” of the village, and his murals will always be an important part of Taichung’s history. 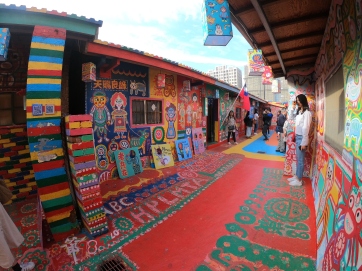 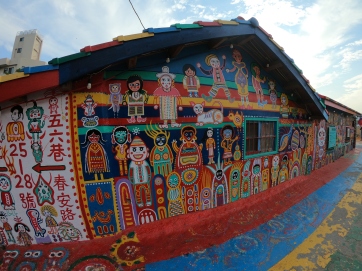 This village is literally a photographer’s paradise!  I was really happy to capture a lot of quality footage on my GoPro even though there were a lot of people around.  The murals seem to have cultural influences from all around the world.  There are a number of animals and humans depicted in them with interesting symbols so your interpretation of them completely depends on you.

After spending a good hour here, I decided to take a taxi back to Loosha Hotel where I was staying for the night (I chose it because it was cheap and centrally located).  Taichung can be done as a day trip, but I would recommend staying here 2-3 days if you can see everything.  I will be covering the famous Sun and Moon Lake in my next article this week!  Thank you for reading.

Warning: I’m going to talk about some gruesome topics in this article as to thoroughly explain Cambodia’s history, so please be wary of this when reading. 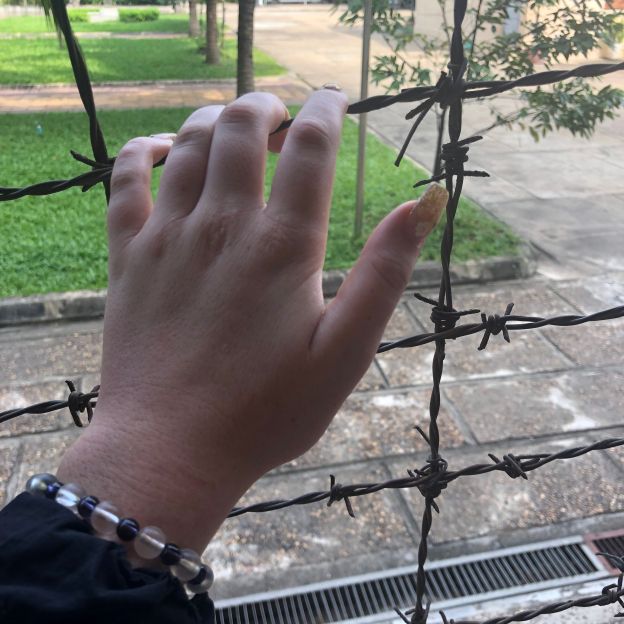 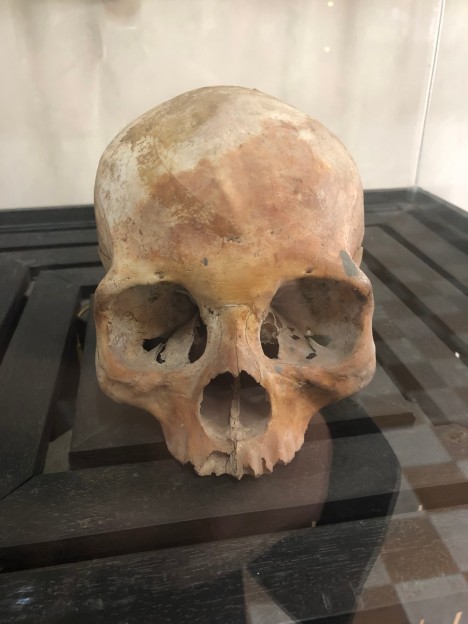 While I was staying in Phnom Penh, I decided to visit the Killing Fields and Genocide Museum to learn about the gruesome history of Cambodia.  I booked a cheap bus through Get Your Guide and arrived to Choeung Ek, the largest of the killing fields which is now a memorial, in the early afternoon.  Though I knew this visit was going to be a sad part of my trip, I didn’t expect the audio recordings and personal stories from some of the victims to move me to tears.  The reign of the Khmer Rouge was a truly horrid part of Cambodia’s history, and many of the country’s own people were trained to become merciless assassins and slaughter innocent victims that were targeted or framed.  It’s a miracle that some of them are still alive today, so I think that this is an important part of history we should never forget and never let me repeated.

The Khmer Rouge reigned in Cambodia from 1975 – 1979, but in these 4 years they caused more damage to the country than what anyone could truly realize.  During this time 1/4 of the Cambodian population was killed by cruel and unusual punishment, disease, and starvation mostly by the hand of their own kind.  Toul Sleng, which is now the genocide museum, was the prison where “enemies” of the Angkor were sent for questioning and torture.  However, most of these people were innocent and the Khmer Rouge just wanted a confession from them so they could control the country in an extremely corrupt way.  This was mostly due to paranoia as the Vietnam War and secret bombing campaigns were simultaneously occurring, but this also shows the darkest side of communism.

Once taken the the Killing Field, the soldiers would blindfold and smash the heads of victims into spears as to not waste bullets, then dispose of their bodies in mass graves full of thousands of people.  While they were being killed, eerie symphony music would be played as to mask their screens and keep other prisoners from overhearing.  Children were beaten to death against “The Killing Tree” so they would be unable to take revenge when they grew older.  This tree is now adorned with colored bracelets in memory. Very few people survived or were spared, and those that did have lived with horrible memories from this inhumane place.  The skulls have now been moved to a memorial in the center of the museum to serve as a reminder of this terrible reign.  However, there are still many fragments of bones around the fields as the devastation of this tragic event still affects this country to this day.

Those who weren’t sent to the killing fields were forced to work on communal farms in harsh conditions.  Anyone educated or that stood up to the Khmer Rouge were immediately sent to the fields or prison for questioning.  This is comparable to the Nazi concentration camps as it resulted in a mass genocide and left many people without families or hope for the future.  So how exactly is Cambodia doing now?

Fortunately Cambodia has received aid from other countries, and tourism there is gradually increasing, but most Cambodian people live in poverty and it is far from becoming the democratic society that it was promised.  Yet, while I was staying there I noticed that a lot of Cambodian people are quite kind and are usually smile a lot when talking to you.  They are far less aggressive than people in Vietnam or Thailand, and I didn’t fall into any major scams while I was here.  Why do modern day Cambodians appear happier than a lot of other people in Asian countries?

As a fellow traveler examines in The Happiness Plunge:

“When you live through a genocide, life is kind of like a miracle. And maybe the people here live each day like it’s a miracle.

I suppose when every day is a miracle, you see things you wouldn’t otherwise see – things that make you smile.”

A very important lesson we can learn from the Killing Fields is to appreciate our currents lives and carry on each day as if it were a miracle.