Hell Valley, better known as Jigokudani (地獄谷), is a beautiful national park with an active volcano hidden away in a hot springs village called Noboribetsu.  Located in the north of Japan where it frequently snows during the winter, this village has become a popular getaway destination for those looking for a natural source of heat and a dip in the hot springs.  Many of the locals think that its appearance represents an image of hell, though with its picturesque views and fantastic food, other people would beg to differ.  Hell Valley attracted my attention because it is the perfect destination for hiking in Hokkaido, and there are rumored to be demons dwelling here!

To get to Hell Valley, it’s cheapest to fly to New Chitose airport, then take a bus from Sapporo to Noboribetsu Station.  I took the rapid train which was more expensive, but I was able to travel for about $80 roundtrip which is cheaper than most destinations in Japan.  From Noboribetsu Station, there is a nearby aquarium and amusement park that can be seen nearby, but most people travel to Noboribetsu Onsen since there are more attractions.  This is simply a 15 minute bus or taxi ride away.  From the onsen station, you can easily walk to Hell Valley and start your demon hunting adventure! 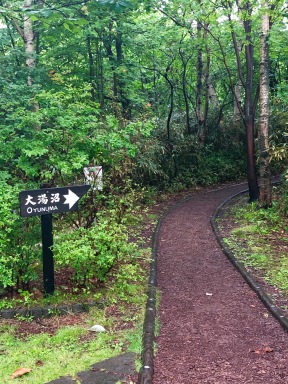 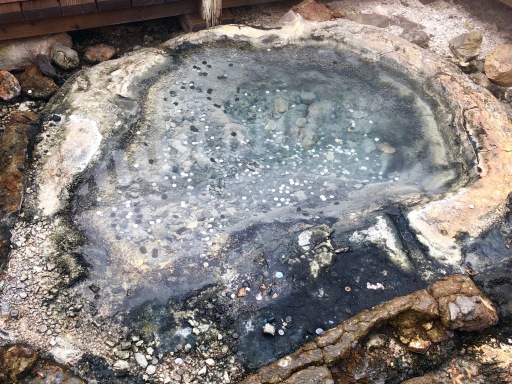 The first thing I noticed about Hell Valley was not the demons, but the strong smell of sulfur caused by geothermal activity; it was potent, but you know you’re at a legit hot spring when you can smell it.  Also, why are there demons here in the first place?  The Noboribetsu Website (English) has confirmed that these creatures are here to protect that natural hotspring!  There are a number of statues and maces scattered around the town that you can visit for good luck (check the tourist website for more information).

Hell Valley itself takes just a few minutes to hike up and see the geysers from the onsen station, but you can climb the nearby mountain for a better panoramic view and a free footbath.  You can also see the famous geyser called Tessen Ike nearby, or choose to enter one of the open-air hotsprings.  This area is very hiker-friendly because it has guideposts written in both Japanese and English.  Additionally, be sure to check out the oni toilets at the park entrance!

Overall, I had a lovely day trip here in Hell.  This actually isn’t the first Hell Valley I’ve visited; I’ve also been to the one in Hakone, Japan.  However, this one is colored in a redder hue and looks cooler, plus it’s a lot more remote and there are more places to explore.  One day here was enough for me because I mainly came here to do hiking and photography, but staying in a hotsprings inn is ideal for those looking to relax.  Hokkaido has a lot of hidden gems like this and I hope to uncover more of them during my backpacking adventure!